Most of the "UI test automation" tutorials I have seen describe the Test Automation Solution where Selenium Web Driver is used directly from test methods and no additional abstraction layer exists. This "architectural pattern" is so ubiquities, that I decided to describe this as well.

I think, we can call this "architectural pattern" as No architecture. The structure of test automation solution created with No architecture pattern presented (in a very rough way) on the picture below: 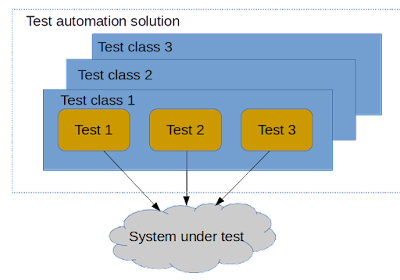 Such test automation solution usually consists of some amount of test classes, each containing some number of test methods. All orchestration of interaction with System Under Test (SUT) is done either (using JUnit terms) in setUp and tearDown methods, or test methods themelves. Tool, whatever it is - Selenium, RestAssured, Selenide - called directly in test methods.

Such approach is industy well known anti-pattern. However, in some cases, it may be ok to use. There're some benefits:
Those benefits has their price though:
Long story short - maintainability is screwed and visibility is ruined.

Nonetheless, if your plan is to add simple sanity check for a stable legacy system (and you are not going to have more than, lets say, 30 test cases), this may be a reasonable way to go.

If not, stay tuned - in next parts we will move into industry de-facto standard, Layered architecture. 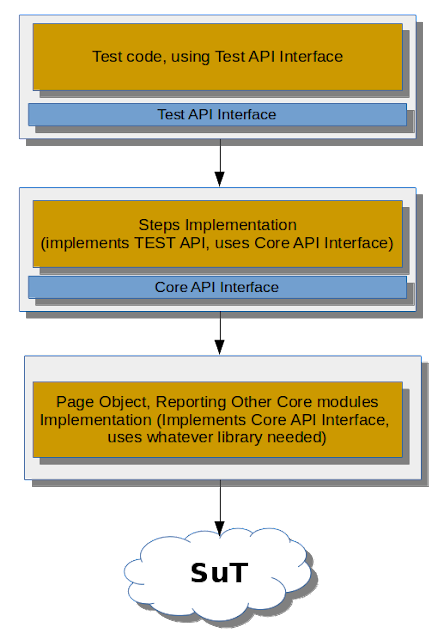 Let's consider an example of what Layered (Tiered) architecture may look like for a test automation framework. As a system under test, we're going to use this simple and neat "Todo list" application.

First, let's do a brief analysis of the application. From my brief exploration I came up with the following checklist: 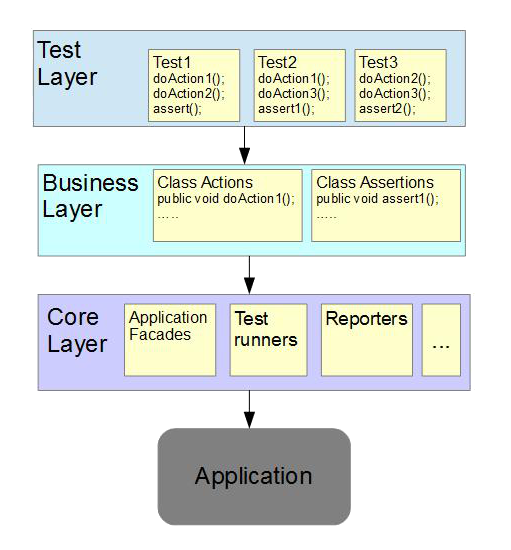 Probably the most popular architecture pattern used for test automation frameworks (TAF) is layered architecture. This pattern is so well known that on job interviews for some companies when they ask you about TAF architecture you are supposed to describe this one. If you don't - they think you know nothing about the architecture altogether.

I suggest you first read a brilliant description of the pattern at the O'Reilly web page, cause in this post I am going to describe the pattern in a way it is usually applied to build test automation solution.

Usually, there're three distinct layers, which may have different names, but follow the same logic mostly. Sometimes those layers called test layer, business-layer and core layer, but there're no standard names really. Key rules for layered architecture are the dependency direction (each level depending on the level below) and call direction (no level can call/reference code described in the level above).

Let's assume a hypothetical situation - you were assigned to a project to help with the "test automation" initiative. You have a huge "test plan" as an input, containing hundreds (if not thousands) of "test cases" and you need to do something about it, quick. Problem statement Your first urge (if it is a Web application) may be to write some UI-level automated checks using tools like, you know, Selenium. In fact, there's a huge demand for such "Selenium test automators" in the industry these days. But please, please, don't do this.